Transhumanism may be defined as a cultural trend which aims to transcend our biological or natural limits through the combined use of different technologies that allow us to live longer and even achieve immortality.

Human evolution has involved a process of biological evolution of the human species from Australopithecus through to Sapiens sapiens. This natural adaptation process has occurred over millions of years.

👉 Do you already know about the new Homo Digitalis?

“In 2045 humans will be inmortal. We’ll be able to halt ageing with a simple injection.”

“In 2045 humans will be immortal,” says Jose Luis Cordeiro, Adviser and Lecturer at Singularity University.  According to Cordeiro, “ageing is a curable disease,” and in little more than 30 years illnesses will no longer affect the human species: “we’ll be able to halt ageing with a simple injection.”

Electronic devices are increasingly dominating our lives, but have we truly stopped to think how they will transform humanity?

The application of new technologies to enhance the physical, intellectual and mental capabilities of humans with the aim of eliminating illnesses, ageing or even death is what is now known as transhumanism.

There are lots of transhuman movies you can watch. Legendary films considered SCI-FI in their days. Although the definition of this genre is not so clear nowadays. They already foresaw a world of men and machines. Who hasn’t seen Terminator, I, Robot, A.I., Bicentennial Man or even the delightful Inspector Gadget?

This fantasy world in which machines have a mind of their own is real now and a date can be placed on its fulfilment.

According to Cordeiro, “between 2029 and 2045, we’ll have computers with more transistors than there are neurons in our brain. That will mark the beginning of technological singularity, the moment when artificial intelligence draws level with human intelligence, the moment when machines will be capable of learning by themselves.”

Cyborgs, the Humans of the future

We can read on Wikipedia, “a cyborg is a creature composed of organic elements and cybernetic devices, generally with the intention of improving the capacities of the organic part through the use of technology.”

The future belongs to artificial intelligence and molecular nanotechnology. Humans, as they have always done throughout the course of their evolution, must adapt to change in order to survive. “Everything starts with humans yet everything is tending towards machines, where the human species can extend its potential through biotechnological integration.”

The integration of technology in our bodies began some time ago. Early examples are the pacemakers used to maintain an adequate heart rate. Or the first artificial heart in 1969. Other examples include techniques to eliminate certain undesirable genes using genetic modification or the ingestion of substances to change people’s personalities.

What are the implications?

Nobody denies that scientific and technological advances have allowed us to progress as a species, but perhaps we should stop and think about the effect these advances have on society.

How will genetic engineering affect future generations? Do nanotechnological brain implants infringe on the freedoms of human beings? Will they widen the gap between rich and poor, with the rich improving their organisms in order to suffer fewer illnesses and live longer, while others will be unable to afford this luxury?

This alteration of human nature and the concept of equality of all human beings poses the need for a profound analysis of human rights systems and ethics.

To sum up, technology is not the be-all and end-all and not every technological development necessarily represents human progress. It depends what it is being used for and if it truly helps human beings in accordance with the principles of respect for life, freedom and justice.  Finding the right balance is the challenge we will have to face in order to build the future.

Thanks to Juan Tavira, for his ideas and help. 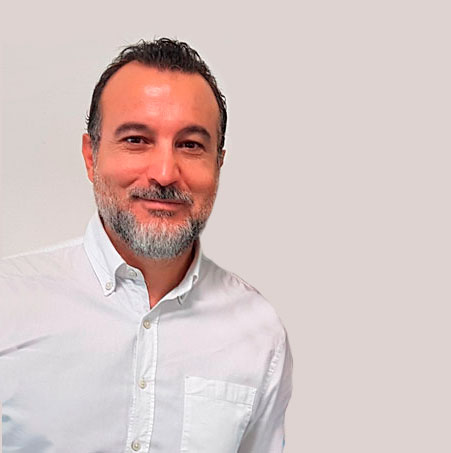 “Perfection is not a state, it is an ambition that you can only reach by changing all the time”