Although a simple concept, the computer mouse is highly ingenious. Read on to learn more about the characteristics and evolution of this device which recently celebrated its 50th anniversary.

We’ve all had a mouse in our hands at some time and it undoubtedly only took a matter of seconds for us to learn how to use it, with no instruction manual, no YouTube tutorials and nobody to show us the ropes. Its simple design makes it one of the most user-friendly technological devices of all time.

Today it’s hard to imagine a desktop computer without a mouse next to it, but if we go back to the 1980s when computers only displayed text (if you were lucky!) the idea of a mouse was exotic to say the least.

Another of Jobs’ visionary ideas 👀

The first patent for a computer mouse as we know it today was registered in 1967 by Douglas Engelbart (1925-2013). The Steve Jobs of his era, he defended the idea that computers could change people’s lives but that they simply needed to be easier to use. He was also a pioneer in fields such as word processors, window applications and even video conference systems.

Xerox was committed to the computer mouse as part of its project to create an intuitive graphic user interface. Its original description was: “X,Y position indicator for a display system.”

Although he didn’t invent it, Steve Jobs was responsible for making the mouse popular among computer users.

When Steve Jobs came across a prototype of the mouse during a visit to the Xerox facilities in 1979 he saw the potential of this device. However, he was not convinced with the original design: it had three buttons, it was difficult to handle and it did not slide smoothly. What’s more, it cost a whopping $300. He therefore decided to redesign it so that it had a single button, the possibility of working on any surface and a more accessible price of $15. The resulting device, which was now called a mouse due to its appearance, was included as a standard device on the Lisa computer in 1983 and subsequently on the Macintosh in 1984. The rest is history.

After learning a little about the origin of this device, now it’s time to see how the mouse is capable of recognising the movement of our hand and sending it to the computer.

In Engelbart’s model this process was much more intuitive as it relied on two metal wheels (one horizontal and another vertical) which turned when the device was moved. The wheels were linked to potentiometers capable of registering the distance and speed of movement. This information on movement along the X and Y axes was sent to the computer via a cable and a standard RS-232 connector which was used to transmit the data in series (that is, one set of data after another).

Steve Jobs’ model substituted the two wheels with a plastic ball capable of turning in all directions with a much smoother movement. This ball was linked at the top to two rollers equipped with potentiometers, which gathered the information on the displacement along the X and Y axes and sent it via a cable. Over time, the connector evolved into a round port known as PS/2.

This model of the computer mouse with the roller ball remained in use for over 15 years, with numerous variations along the way: with two or three buttons, ergonomic, with the ball on top and even slightly bizarre models which were not exactly comfortable, such as the mouse on the first iMac.

Mechanical mice were equipped with wheels or roller balls which were used to transmit the movement to the computer.

It was also during this period that the famous scroll wheel began to gain popularity. This allowed movements using a simple gesture of the ring finger, which until then had been idle when our hand rested on the mouse.

However, after nearly two decades it became time to update this technology. These models were far from perfect: the ball picked up dust and dirt wherever it went and ended up getting jammed, and it did not slide as well over all types of surfaces, giving rise to the widespread use of mouse pads.

From balls to lasers ⏳

Now let’s fast forward to 1999: digital photography was on the rise and the components needed to capture images became so cheap that some of the ideas Xerox had come up with in the past were now feasible. In the 1980s, some of its engineers thought that substituting the physical mechanism of the mouse with one that worked using a light beam would make it much more accurate; that was how the first optical computer mouse was created.

The roller ball was substituted by a slot used to house two components. Firstly a light-emitting diode (LED), normally coloured red as they were more economical, was used to light up a small area under the mouse. The reflection was then captured at regular intervals by a photo receiver, the second of the components. Put simply, it is as if a miniature camera was taking hundreds of photographs per second of the surface where the mouse passes.

These images were then processed by an algorithm implanted in the chips of the mouse and converted into displacement data which was sent to the computer. For example, if an image had a dark speck in the centre and in the next image the speck was located slightly higher, that meant that the mouse had moved downwards.

Curiously, it could be said that optical mice are like miniature cameras.

The quality of a mouse depended on the complexity of the algorithm implanted in the chip, the number of images processed per second and above all the resolution of the image captured. In fact, the resolution of a mouse is not measured in megapixels but rather in DPI (dots per inch). If a typical mouse at the time had 400 DPI it meant that for every inch (2.54 cm) we moved, the cursor moved 400 pixels.

When choosing a mouse it is important to know its resolution, measured in dots per inch (DPI)

In addition, little by little the PS/2 port began to be substituted by a new system, the USB, which would end up becoming the standard connector for transfer of all types of data between the mouse and the computer. Soon mice began to appear with 14 buttons, programmable buttons and different coloured lights…

And what main advances have been made with modern-day models? 🤔

Models to suit all tastes 😎

When it comes to choosing a mouse it’s important to take into account not only the sensitivity (or DPIs) and the connection type, but also the ergonomics. Nowadays there are models to suit practically all tastes: large, medium, small and even micro mice, long, rounded, slightly inclined, completely vertical…

Just like a mattress, the best thing is to try them out beforehand to ensure they suit you, as you’re going to be spending much of your lifetime using one. If you have a forced posture when holding and moving the mouse, it’s more likely you’ll end up hurting your hand or wrist and even suffer serious injury in the future, so you shouldn’t take the decision as to which mouse to choose lightly.

Bad posture when using a mouse can lead to carpal tunnel syndrome, which affects nearly 5% of the population.

Other models such as the Magic Mouse by Apple have substituted the wheel and upper buttons with a touch-sensitive surface, resulting in a kind of mutation between a mouse and a touchpad.

And what will happen with mice in the future? 🔮

Unfortunately, we don’t have the answer to that question, but we can say that their reign in the world of input devices has faced threat on multiple occasions. First, touchpads appeared (which are now a fundamental feature of any laptop) and then touch screens like those used on tablets. Now we are in the midst of a boom in voice interfaces and virtual reality devices.

Nonetheless, the fact is that the mouse continues to maintain its presence and it will undoubtedly be many more years before we stop seeing them on our desks. 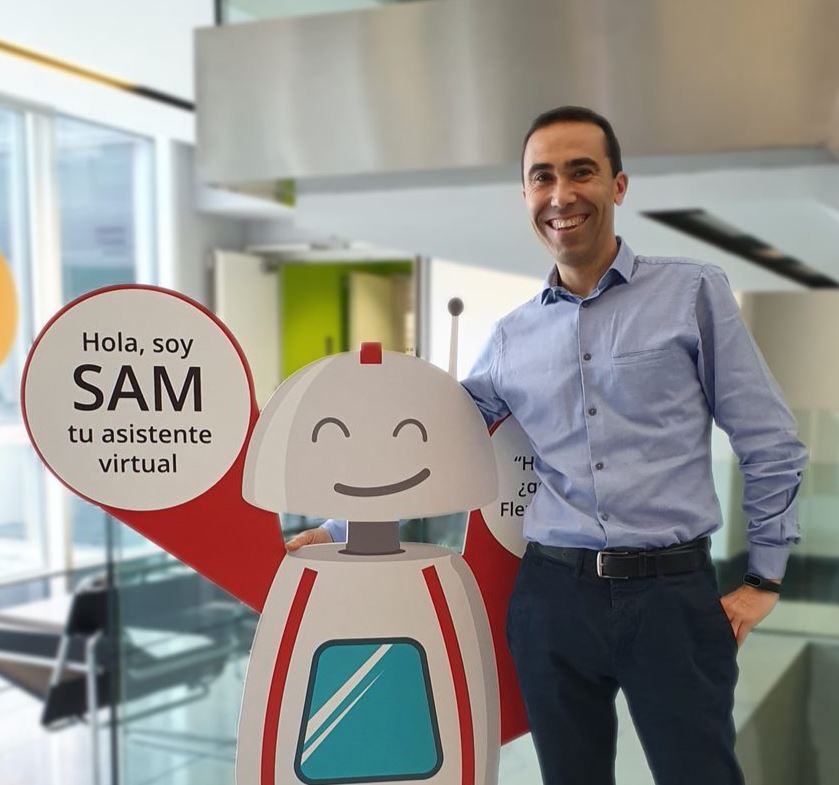 Long-life passionate about creativity and eager to always learn new things. Graduated in Computer Science and a faithful defender of UX, I love reading, cinema and music. Ah! And I am a fan of  playing “Angry Words” in my spare time.

Cybereconomy
Are Zero Rates and Technology Condemned to Get Along?

Cybersecurity
Collection#1, a.k.a the Biggest Security Breach in History