When the first skyscrapers where being built in New York, people using elevators complained that they were really slow, they were anxious about being locked up in them at those heights, and management decided to get in touch with several professionals to put an end to the situation. Two solutions where given: ingineers suggested building faster elevators, and a psychologist came up with the idea of installing mirrors. The latter was the option that ended up working for them.

This is an example of how a creative technique (lateral thinking) enabled the enterprise to understand the problem, which was not the speed in which the elevators went up or the height itself, but the boredom people had when inside. Mirrors allowed them to be entertained whilst they were on the elevators

Introducing creativity sistematically in an enterprise can bring improvements in products, services, processes and therefore transform our reality via innovations.

Is creativity born or made?

There are rumours going around about the introduction of creativity in the technological and corporate environments. One is the notion that creativity is a gift not everyone has the luxury of having. Another one being the idea that behind innovation we will always find a genious that developed it in solitude. Software development is also thought to have constraints that prevent from making things differently. Or that innovation has to be linked with high technology.

As Arthur VanGundy stated, “there is nothign mysterious in creativity; it’s just a matter of applying the correct attitude and methodology in a context that enables creative thinking and good ideas”.

And how does this attitude apply to the corporate environment? Translating it to all employees, so that it can be carried out both individual o collaboratively.

The only requirement needed in the creative process is understanding that creativity does not come from being different.

A wooden axe is different, but is it useful?

In some way, the solution given needs to be useful, appropriate, able to add value or to change into something better.

To ease the creative process, I recommend a technical kit for creativity development in technology. Hopefully it’ll be as useful to you as it’s to me. Take a paper and a pen 😉

Our personal baggage can be favourable in the creative process, we just need to set it in motion. Remember how Steve Jobs took advantage of a faux pas in his career by studying typography, but then served him as a distinctive element for Mac’s operative systems?

To conclude: innovation to boost change

As you can see, there are a lot of creative possibilities in technological development, and they’re related with the way in which we face the resolution of problems. It’s not about finding the fastest solution possible, nor the most disruptive one, but to take advantage of this group of techniques to innovate in a systemic, organized and collaborative way.

To transform reality via innovation we must know our technology and processes first, as well as being able to work with them and gain experience from their use. Innovation doesn’t come up spontaneously. Innovation is an activity that looks into the future, and in Santander Global Tech we want to follow that path to boost change. 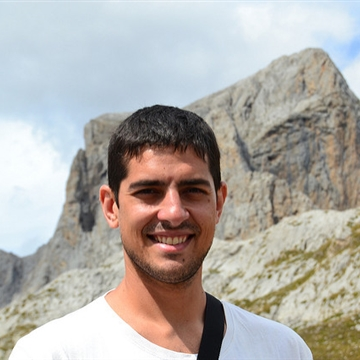 Cybersecurity
💥 Shodan, How to Avoid your Webcam and IoT devices from Being Hacked [Updated]